Home > News > In the news: "'Like a five-star hotel': Homeless find stability in a place of their own"

In the news: "'Like a five-star hotel': Homeless find stability in a place of their own"

Article by journalist Chloe Booker originally published in The Age on July 19, 2020

'Like a five-star hotel': Homeless find stability in a place of their own

After suffering two strokes and being deemed unable to earn a living by doctors, Armindo De Olizeara was forced to live in squalor in a private rooming house.

The 57-year-old shared household facilities with other men around whom he did not always feel safe. 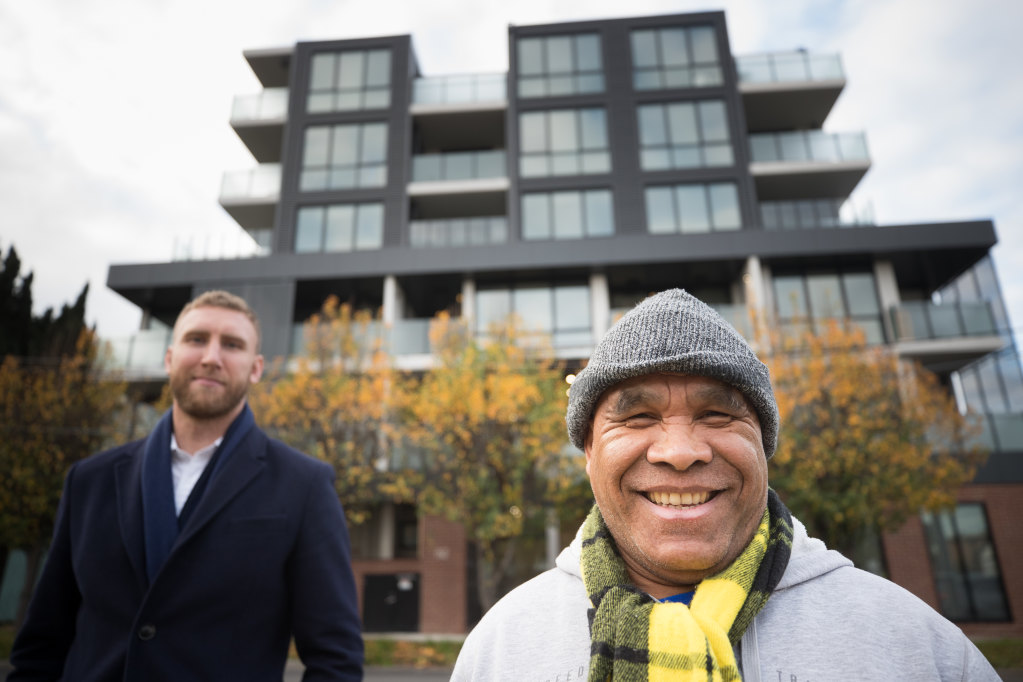 "When I lost my job, I struggled with my bills and I was living in a private rooming house which [was] disgusting ... especially the kitchen and toilet – [it was] not clean at all," he said.

The development, partially funded by the state government, was designed with a focus on residents’ wellbeing, safety and quality of life, with on-site support staff, plenty of natural light, good airflow and energy efficiency. 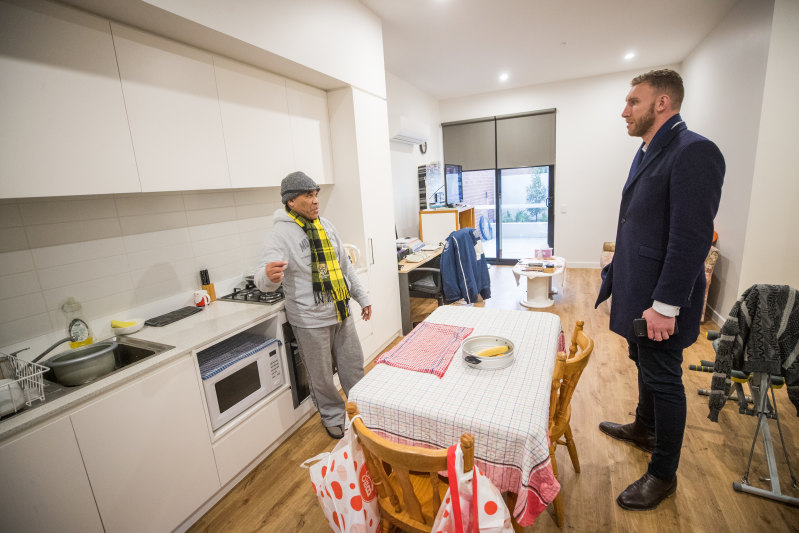 Unison builds housing for the state's most vulnerable people, with each of its units' residents on a priority category of the Victorian Housing Register, meaning they have been homeless or were at risk of homelessness.

Acting chief executive James King said the organisation had made a shift to self-contained units based on RMIT research that found many of its rooming house tenants were unhappy and received poor outcomes.

"We're really, really pleased with the outcome [at the Footscray development]. The finish, we think, it sets a very high standard," he said.

"Some of [the residents] were in tears with what they now have to call their home."

Residents include 16 women referred by McAuley Community Services, which also has on-site services including support for women who have experienced family violence.

Another 16 residents were previously living in Unison's run-down rooming houses, including Mr De Olizeara, who lived in one after leaving the private facility.

The report– Who Stays, Who Leaves? – found tenants moved out of rooming houses at much faster rates than people in long-term social housing.

After 18 months, only 41 per cent of rooming house residents were living in the same location, whereas almost two-thirds of those in long-term housing stayed put.

Professor Guy Johnson said tension was often high in common areas at rooming houses, and residents had no control or privacy, causing damage to their mental and physical health.

He said COVID-19 added a new level of worry for residents having to share facilities.

Although Mr De Olizeara had to share some facilities at the Unison rooming house, he was provided with his own small kitchen and bathroom.

He stayed for nine years before all the residents were moved to the new development in June.

"They move from such terrible circumstances to such marvellous circumstances that they really appreciate and enjoy the new form of living, so they tend to make it home and stay there," Professor Johnson said.

Victoria’s public housing shot to national attention just weeks ago when 3000 residents in estates in North Melbourne and Flemington were placed under a hard lockdown as COVID-19 spread through some of the nine towers.

It highlighted the dangers of overcrowding and the state’s chronic shortage of public housing, with experts estimating Victoria would need to build 6000 homes a year to match demand.

Mr King urged the government to implement a spot purchasing program, similar to one that was part of the stimulus package under the Rudd government during global financial crisis, under which Unison acquired almost 900 apartments.

"There has been an underinvestment by the state government. They're trying to think of where those individuals can live, but the stock just simply isn't there," Mr King said.

"Along with the end of JobKeeper [and] the end of the eviction moratorium, there is going to be the perfect storm for a homelessness crisis if something urgently isn't done."

Link to the original article: https://www.theage.com.au/national/victoria/like-a-five-star-hotel-homeless-find-stability-in-a-place-of-their-own-20200717-p55d2b.html