Home > News > Without them by my side

Without them by my side 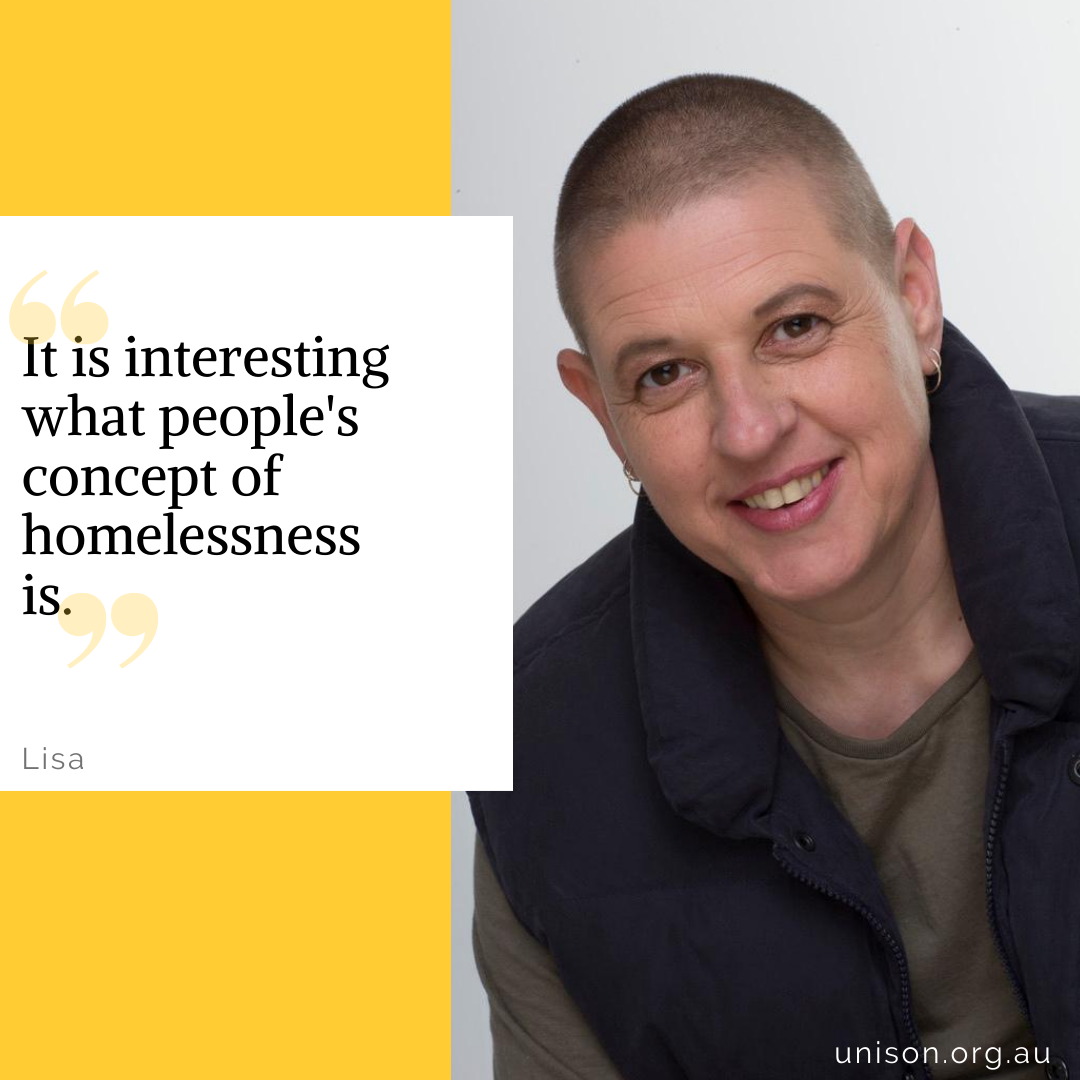 Lisa was selected to train with the Victorian Women’s Indoor Soccer Team in 1989. As a young woman playing a male dominated sport, you could say she helped lay the foundation for our Matildas.

After completing her schooling and gaining some work experience, a teenage Lisa and her mum migrated to Australia in 1988.

As an adult, she worked as a personal care attendant, a primary and secondary school teacher, is a self-published author, has journeyed up and down the east coast between Melbourne and Cairns, lived in a log cabin as a motel caretaker, and worked as a security guard patrolling NSW’s gorgeous South-East coast.

Life, on the surface, appears to have been idyllic, but it wasn’t.

In 2014 Lisa’s mother became seriously unwell and Lisa moved in as her primary carer. When her mother passed away, Lisa experienced significant financial hardship and struggled to pay the rent for the unit her mother had lived in for almost 11 years.

Homelessness can sneak up on you.

“Despite my best efforts then, and over the years, to gain stable, permanent, employment and secure an affordable rental property, I found myself with nowhere to go,” explains Lisa. “I travelled up to Cairns with a bit of help from friends to try to start afresh, but when that didn’t work out I couldn’t afford to get back to Victoria.”

Homelessness isn’t always what you think it is.

“I couch surfed for a year and lived in my car for over a year. I slept in a friend’s driveway, at free campsites, spent time between two truck stops and for over two years I blended in with other travellers and the community. I looked just like them. When fellow travellers found out I was experiencing homelessness they were surprised. It is interesting what people’s concept of homelessness is.”

Lisa eventually managed to travel back south with her “family”; her dog Tooheys, and her cat, Phoenix, who she says helped her get through. “They love me unconditionally, are always there whatever is going on, and provide a listening ear when there’s no-one else. Without them by my side, my experience of homelessness could have been a very different one and my mental health impacted more.”

Again a small number of friends helped out with costs so Lisa could put fuel in her car, eat a healthy meal, get a good sleep and a hot shower in a few motels along the route south.

When finally back in Geelong, Lisa was put in contact with Unison and moved into her unit in early 2019. “ I am grateful I have a place to call home again. Having access to electricity, hot water, a comfortable bed, and a fridge are things most people take for granted. I love having a garden for my beloved animals to explore. I’ve even built myself a planter box to grow fresh vegetables and herbs.”

After a couple of major surgeries in recent times, Lisa is back studying again. She has also signed up with a talent agency, having already undertaken roles as a TV/film extra in a couple of popular Australian shows including Neighbours.

Lisa speaks publicly about social issues and her dreams are to one day become a homeowner, travel the world in a role to help make the world a better place and write and publish more books to help others with personal empowerment.

A favourite quote of Lisa’s is by Maya Angelou; You may not control all the events that happen to you. But you can decide not to be reduced by them.

This article was published on 11th August, 2020